Following a week of exciting news for the City Centre, Managing Director of Salloway Property Consultants Stephen Salloway highlights the difficult balance that must be struck between conservation and economic development.

Recent high-profile cases have demonstrated how Derby has been confronted with a significant dilemma which could impact upon its effectiveness as an economic force for future generations.   How do we incorporate our undeniably valuable historic urban past into the economically essential regeneration of the city?

News of a potential new use for the former Bonded Warehouse at the old Friar Gate Goods Yard, or at least a part of it, is timely.  So is the apparent settling of the future of the 'pepper-pot' towers on the former DRI site, following the granting of planning permission for a holistic redevelopment scheme which now incorporates them both.   It is welcome progress when the status of other assets - the former Hippodrome Theatre, John Smith's Clock Works, Friar Gate Bridge, to name a few - have brought this question into sharp focus.

These examples show the tightrope we walk in seeking to retain our historic assets. Where the pepper-pots are concerned, it may well have been a case of a developer pushing its luck and I applaud the DCC Planning Committee for sticking to its stance.  But what if the retention of the buildings had made the whole development demonstrably unviable?

I am not entirely sure what the pepper-pots will be used for or how their future maintenance can be guaranteed and this is part of the problem.  If no viable use can be found for our historic buildings then who should pick up the tab for maintenance in order to secure their future?  What is absolutely critical is that we must not let the economic progress of the city wither for conservation's sake.

I believe the Hippodrome was worthy of keeping and had the potential to form an anchor for a mixed-use redevelopment south-west quadrant of the city which urgently needs attention. However, the Hippodrome was only ever considered in isolation, and the catalyst it might have become is little more than a pile of rubble, after vandalism and fires rendered it a lost cause.

In some respects, the principle of that debate was little different to the one involving the pepper-pots. Developer wanted to redevelop, City wanted to retain. Viability of the holistic DRI development means these historic assets have been retained and their future retention seemingly secured. Perhaps if there had been a viable use underpinning the cost of retaining the Hippodrome we might still have the theatre?

There is a good lesson to learn here.  Irrespective of their motives, measures to threaten building owners with repairs notices et al are draconian, with the Hippodrome being a prime example of why the system is broken.

Rather than wielding a large stick, perhaps a more balanced approach built around understanding viability would create a genuine partnership between building owners, Local Authorities and conservationist?   If the asset is worthy of retention, a use needs to be found and if this cannot be achieved viably, the shortfall should be met from the public purse – i.e. resources found from central government.

Not for one minute am I suggesting that the public should fund profits for building owners.  However, I believe that genuine historic assets should be treated as public realm and should be maintained as such. If an owner is encumbered by a Listing and there is a shortfall in the cost of maintaining an important building after an appropriate use has been found, then funding for the 'gap' should be provided.

Concluding the debate over the pepper-pots means the whole of the former DRI site will be released for much-needed residential development. Similarly, whilst we await firm details about the Bonded Warehouse, it is highly likely the breakthrough to protecting this important asset has been achieved through unlocking value in the surrounding lands.

Therefore, before considering the detail of the Goods Yard proposals we must remember that appropriate redevelopment has the ability to navigate an impasse and is equally as important, if not more important than conservation. When opinions become too polarized, we end up with stalemate, no regeneration and decaying heritage assets.

I try to imagine the processes at play when these historic structures were built. The Bonded Warehouse, in particular, is a building of significant massing, height and presence which potentially would have been an unwelcome neighbour. Would there have been objections or just an acceptance of their importance to the economy and society in general?  What cannot be argued is the importance the role of the building had to the local economy in the years that followed via the storage, control and distribution of freight moved by rail.

We face similar decisions today, and I was delighted to see that DCC had approved the application for a multi-storey block of student apartments on Cathedral Road. The University of Derby is an ever more important asset to the local economy and more, better quality, student accommodation is needed. The same can be said for the multi-storey buildings that are planned for Phoenix Street and Agard Street,

The brutal truth here is that as the population expands and land becomes more and more scarce, densifying the city centre core and locations around transit hubs is a sensible solution to meet demand and sustainable growth. Of course there will be challenge from line of sight, conversation and 'nimby' perspectives, but we have to remember that some of the most iconic cities in the world have imposing vertical architecture. And whilst I am not suggesting we suddenly evolve into a mini London, New York or Hong Kong we might wish to remember the economic power those cities silhouettes represent.

The building of the Bonded Warehouse was relevant to the industrial and economic progress at that time and as a city of innovation, we must accept that progress means change, some of which might not sit comfortably with all stakeholders.  However, in my view, innovative ways of delivering essential regeneration with a scarcity of land will inevitably mean an increasing number of appropriate tall buildings across our skyline and this should be supported wholeheartedly, rather than met with skepticism.

Whether it is the impact of retaining (or not as the case may be) so called historic assets or the potential effect upon the city skyline of tall buildings, it is important to remind ourselves that regeneration is a constantly moving facet and that it is important for Derby to move with the times. 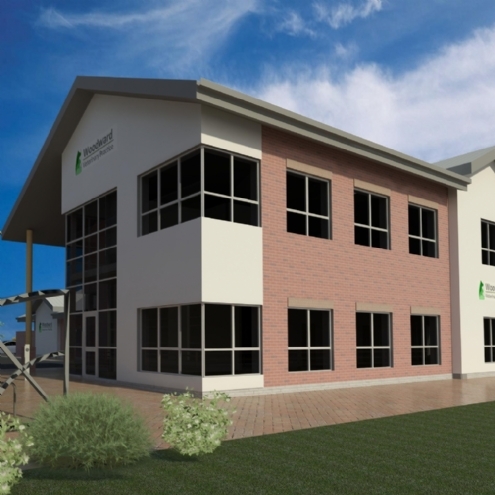