Burton and Derby based property consultants, Salloways, have leased new-build retail premises to two rapidly expanding businesses, which have moved into Coxon's Mews, off Market Street in the booming Leicestershire town.

Named after the town's leading butchers, who operated for 80 years over three generations, the mews is set on the exact footprint of the former premises to the rear of Coxon's Butchers with its slaughterhouse, bake-house used for cooked meats and pies, and the former Repton laundry.

"John and Mervyn Coxon had some potential designs in mind for their site when they first approached me", pointed out Dan Sturgess from Lychgate Homes.

"We were able to fully exploit the potential for Coxon's Mews by effectively linking it in height and matching style with the existing buildings surrounding the development and to deliver the retail shops with the luxury apartments above them".

Two distinctly different and expanding local businesses have been established in the mews joining the growing ranks of other innovative businesses being attracted to Ashby.

Embracing the growing interest in nostalgia, and particularly around the 1940s, The Larder Eatery is the brainchild of engineer Simon Danvers and his wife Georgia, who have now replicated their successful concept, launched two years ago in Atherstone.

The Eatery is decorated with evocative memorabilia, donated by Ashby Museum and customers, including uniforms, family photographs, wartime items, including gas masks, pots and pans; and other ephemera from those momentous times, like tobacco tins and cigarette packets that always grab attention.

In keeping with the era, The Larder serves genuine wartime meals, like Spam Fritters and Ashby Bangers and mash; with the sausages suitably sourced from Coxon's Butchers. Meals can be washed down with the famous or that might be infamous, Camp Coffee which is available to help visitors also hark back to those times.

"We discovered that customers really enjoy sharing their memories on our 'Memory Wall' where they can pin photographs and copies of wartime letters", said Georgia Danvers, who with her children Charlie, Lucy and Jacob run this family-business.

"We hit upon the idea of placing what we call 'memory notebooks' on our tables, which are named after famous film starts like Ingrid Bergman and Humphrey Bogart, so that customers can add their recollections of the '40s", continued Georgia, "We have discovered that customers like to come back to read what has been added since their last visit".

The couples' Atherstone Larder attracted BBC's 'Put Your Money Where Your Mouth Is' programme to film at the café, with presenter Catherine Southon appropriately selling the Danvers an antique clocking-in machine; matching one used in Buckingham Palace.

Using locally sourced meats and produce is a high-priority for Simon, who takes care of the selection and preparation of the wartime menu.  The Ashby Faggot Pie, with the faggots coming from Coxons is popular; and along with themed menus and events contributes to the success of their venture.

"We positively promote our local sourcing policy", said Simon, "There's even a very neat link to the times when people were more self-sufficient down to having pigs in their own gardens; and so being sure of the provenance of their meats".

Expanding hairstylists and beauty therapists, Toxic Cherry, founded by entrepreneurial Paula Dowling in the town are the second tenants at the mews having moved from Market Street.

"We introduced our new purpose-built salon with its 'London' quality fit-out and its carefully defined nail and beauty area to our existing customers", said Paula Dowling, "And, they are telling all their friends about the great atmosphere and the friendly staff working in the relaxed ambience created of the new salon.

Customisation of the premises to make it the flagship Toxic Cherry salon has been a masterstroke.

The thriving business has taken on a long lease in order to continue to build-on its local expansion and to attract new clientele to its salon which offers the latest in hair and beauty.

"Our new location brings particular advantages", pointed out Paula Dowling. "We have responded quickly to what our clients told us about accessibility and mobility. Being on a single-level with great frontage, reduced traffic noise, and a really convenient car park right outside, looks like a winning-combination".

"Demand for the latest in hair fashions and beauty treatments, driven by popular weekly magazines and celebrities, has been instrumental in our expansion in Ashby", added stylist Chloe Tissington-Knight, from Toxic Cherry.

"With more intricate hair styles requiring careful cutting and colouring, our clientele are asking our stylists to act as their 'hairdressing consultants'; and we are more than happy to oblige."

"The growing interest in Ashby and the adjoining areas has continued to attract new businesses. It has also seen the expansion of existing operations with an increasing range of the retail outlets, occupied by a healthy mixture of national and local traders.

"The vitality of the town has been significantly boosted by the establishment of new retail developments, including Coxon's Mews, which have added to Ashby's traditional centre and are making it a growing a magnet for the populace", pointed out Phil Randle.

"Only one unit now remains in this popular mews and more information on the property and details are available from Salloways". 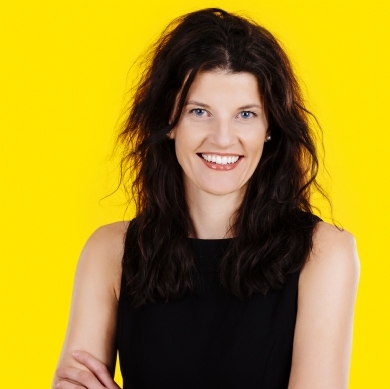