I find it difficult not to be dispirited at the thought of the critical rejuvenation of our city-centre being delayed and even jeopardised by arguments about the retention of the Assembly Rooms. It may have been best-in-class when opened in the 1970's but it is no longer fit for purpose and there are no other viable uses for it. Its retention cannot be justified economically, let alone aesthetically – from my perspective it is an eyesore. Left standing, it will be hugely damaging to the regeneration effort.  Pull it down, I say!

Of course, there are other views.....

Since the Assembly Rooms was damaged by fire in 2014 it has stood empty and unused – a significant void making no positive contribution to the city-centre. Indeed, its main attraction seems to be to those who practice in anti-social behavior! (The rear car park does though play a significant role and must be accounted for in any future plans).

One council administration after another has failed to come up with a feasible use for the building either as an events venue or for any other purpose.  Financial prudence means that any new use needs to be viable – that is, capable of generating sufficient revenues to justify the cost to the ratepayer of management and maintenance.  There are no such uses.

While its future was still being deliberated, a proposal for a new purpose-built events venue has come forward at Becketwell and quite rightly, in my view, the Council is throwing its support behind it.  Thus, the future of the Assembly Rooms building can be looked at as a blank canvass and Derby City Council has applied for planning permission to demolish the building.

It is an intrinsic part of the Market Place, located at the City's traditional core within the Cathedral Quarter. Its proximity to Quad, the Council House, Riverside Chambers, the Cathedral (and Cathedral Green and the River Derwent) and the new Museum of Making, means its position is pivotal; linking retail, leisure, business, cultural, civic, and tourist activities.

Consequently, its replacement must fully embrace the significance of the location whilst making a dominant physical contribution to the changing character of the city-centre.  In my view it should be a destination venue – a place people are drawn to, attracting footfall rather than relying upon it. A mixed-use or multi-purpose application would make sense.

Down the road in Nottingham, there are some interesting concepts emerging for the redevelopment of the Broadmarsh Shopping centre – albeit a larger site, it has a similar relationship to the city centre as the Assembly Rooms.  Some interested parties are suggesting that open green space with walkways into the city-centre is the way forward.  Derby is in desperate need of more green space, particularly with an increasing number of city-living projects and one or more new city parks would be of great benefit but I do not believe such use, in the long term, would be wholly suitable for the Assembly Rooms site.

Instead, I think it would be a great site for a new theatre.  The scheme could incorporate other complementary commercial uses and its design and massing could be such to make it a truly iconic addition to a new city centre.  It would be an ideal fulcrum for all the nearby uses and would draw footfall.  Small areas of open green space and walkways can be incorporated externally to help link in the city's other key locations.  We need a new viable theatre and whilst funding will no doubt be a challenge, I cannot think of a more appropriate option.

Of course, the future long-term use of the site is still to be determined and will no doubt be the subject of much debate and consultation.  But what is the point of retaining the building in the meantime if it serves no useful purpose, is a drain on Council resources and just gives the City an air of dereliction?

Judging the architectural, historical and aesthetic virtues of a particular building is a very subjective matter and as such, differing opinions must be respected.  However, I am struggling to see any reason to treat the Assembly Rooms as a heritage asset.  With all due deference to its designers Casson, Conder and Partners, it is a monstrosity and if not demolished, will become another infamous white elephant!

I feel that sometimes there is a misplaced fear of change.  Change is essential; we must evolve to survive and at no point since the second world war has change to our built environment been so necessary.  Let's embrace and influence change rather than try to reject it.

It is interesting to see that The Twentieth Century Society, a heritage charity, supports the retention of the Assembly Rooms building, as it is perfectly entitled to do. The society was established in 1979 to protest against the demolition of the Lloyds of London headquarters building. Its protestations were ignored. What is fascinating is that the new, iconic replacement building was itself listed in 2011 – partly at the urging of the same society that had opposed its construction in the first place!  Change can be for the good.

Conservation has its place but not where the Assembly Rooms building is concerned – bring on the bulldozers! 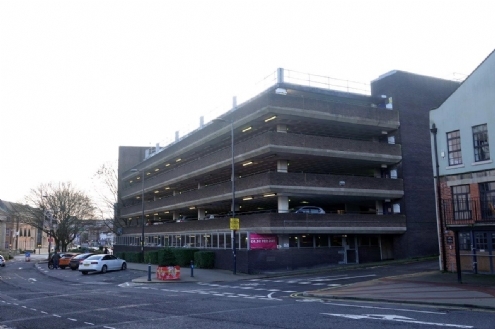 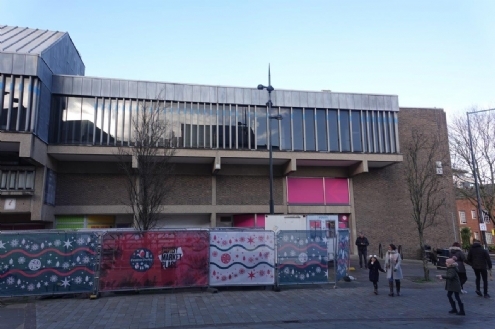 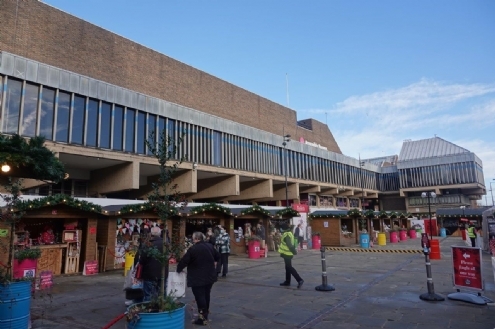 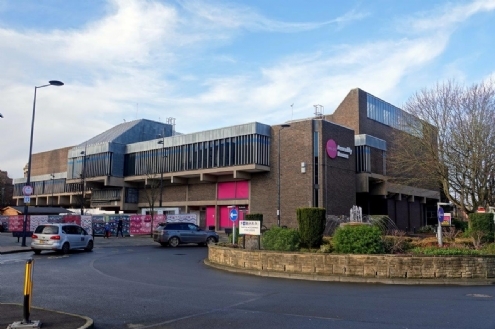